Lecture series Continues! “Camels on the Comstock” by Eric Moody 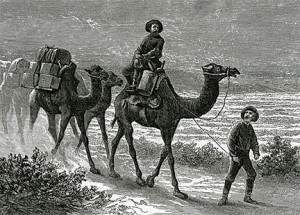 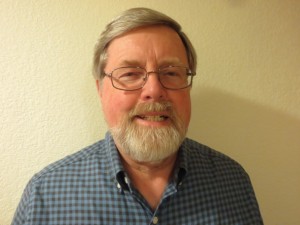 Thursday, August 16th lecture will be Eric Moody on:  “The Virginia City-Austin Camel Freight Business of the 1860s”

Just about everyone who’s been in Nevada for a while is aware that camels were used here in the nineteenth century as beasts of burden. Mostly they were seen in and around Virginia City and the other communities of the Comstock during the 1860s and 1870s.  It’s also pretty well known that the 1875 state legislature passed a law prohibiting camels from the main streets of towns because they spooked horses.

Less well known is the story of the camels’ use in the major freighting business that developed between Virginia City and Austin in central Nevada in the early 1860’s.  Austin was the most important mining center outside the Comstock, and between 1863 and 1869, when the transcontinental railroad extended its tracks across the state, great quantities of goods were hauled eastward to Austin and its neighboring mining camps – and tons of salt were carried westward for use in the Comstock mills. The hauling was done by freight wagons, stage coaches, and pack trains of mules, burros – and camels.

This illustrated presentation takes a look at the Comstock-Austin camel freighting activity of the 1860’s – and the personalities involved, documenting an unusual and largely forgotten episode of Nevada history.

I have been a resident of northern Nevada since 1968, when I came to Reno to attend the University of Nevada. After living in Reno, then Washoe Valley (for 25 years), I now reside in Sparks, where I serve on the board of trustees of the Sparks Museum.

For thirty years I worked at the Nevada Historical Society in Reno, as Curator of Manuscripts, and then as acting Director the last two years before I retired. During this time I also taught history classes for Truckee Meadows Community College, Western Nevada College, Old College, and Chapman College (now elevated to University).

I’m presently a partner in Nevada in the West Publishing, which produces periodicals and books about the Silver State’s fascinating past. From 2010 to 2017 I was editor of Nevada in the West magazine; I’ve since graduated to the editorial chair of the Reese River Reveille (a magazine-style revival of the pioneer Austin, Nevada, newspaper that began in 1863).

I have written widely in the fields of Nevada and Western history, with books that include a biography of Nevada governor Vail Pittman; Western Carpetbagger: The Extraordinary Memoirs of “Senator” Thomas Fitch; Flanigan: Anatomy of a Railroad Ghost Town; a study of early casino gambling in Nevada (1931-1945); and Brewed in Nevada: A History of Nevada’s Beers and Breweries (a booklet coauthored with Robert Nylen).

The last time I lectured at the Gold Hill Hotel was back in 1999 – almost twenty years ago.  Not wanting to wear out my welcome, I have strategically spaced my appearances….

Please see the sign up form below to make reservations for this exciting lecture!  This lecture might very well sell out!